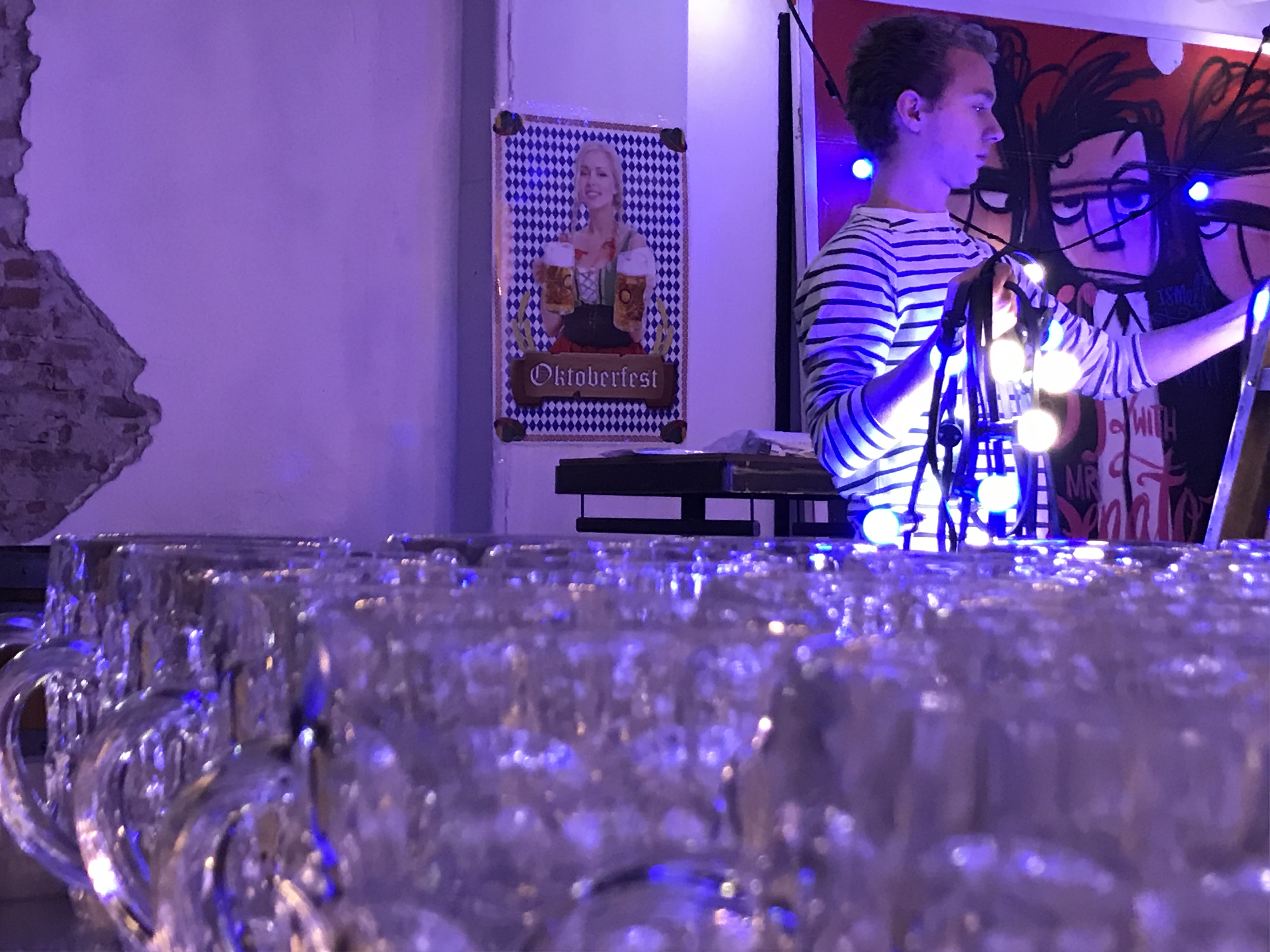 If you’ve recently tried to get in touch with the Nescio-office, you might have encountered a rasping sound at the other end of the phoneline. Only now, several days later, have our voices began to recover from singing along to all those German folk songs and basic pop hits. Legend has it that the American tourists at the top of the ferris wheel on Dam Square have long since wondered where those alarming sounds originated. Now that our feet no longer stick to the floor, all that is left are the somewhat vague memories of this oddish Oktoberfest. As the beer flowed so richly, even the camera was not capable of crossing the German border back to the ‘normal office life’. Very few pictures made it out. That means to really grasp what we’re talking about here, you’ll have to come back in person for our next edition of Nescio Drinks. If only to check if you really looked as good in your Lederhosen as you thought you did.

On behalf of Team Nescio, we want to thank all of you for your magnificent beerpongskills and angel like singing. We hope to see you at our next Nescio Drinks!

P.S. We are still looking for those who want to jump in the water with us. If you think you can jump like this, check out our applications!! Team Nescio came, saw and conquered at the Mudmasters Run