Why our company is called Startup Studio Nescio 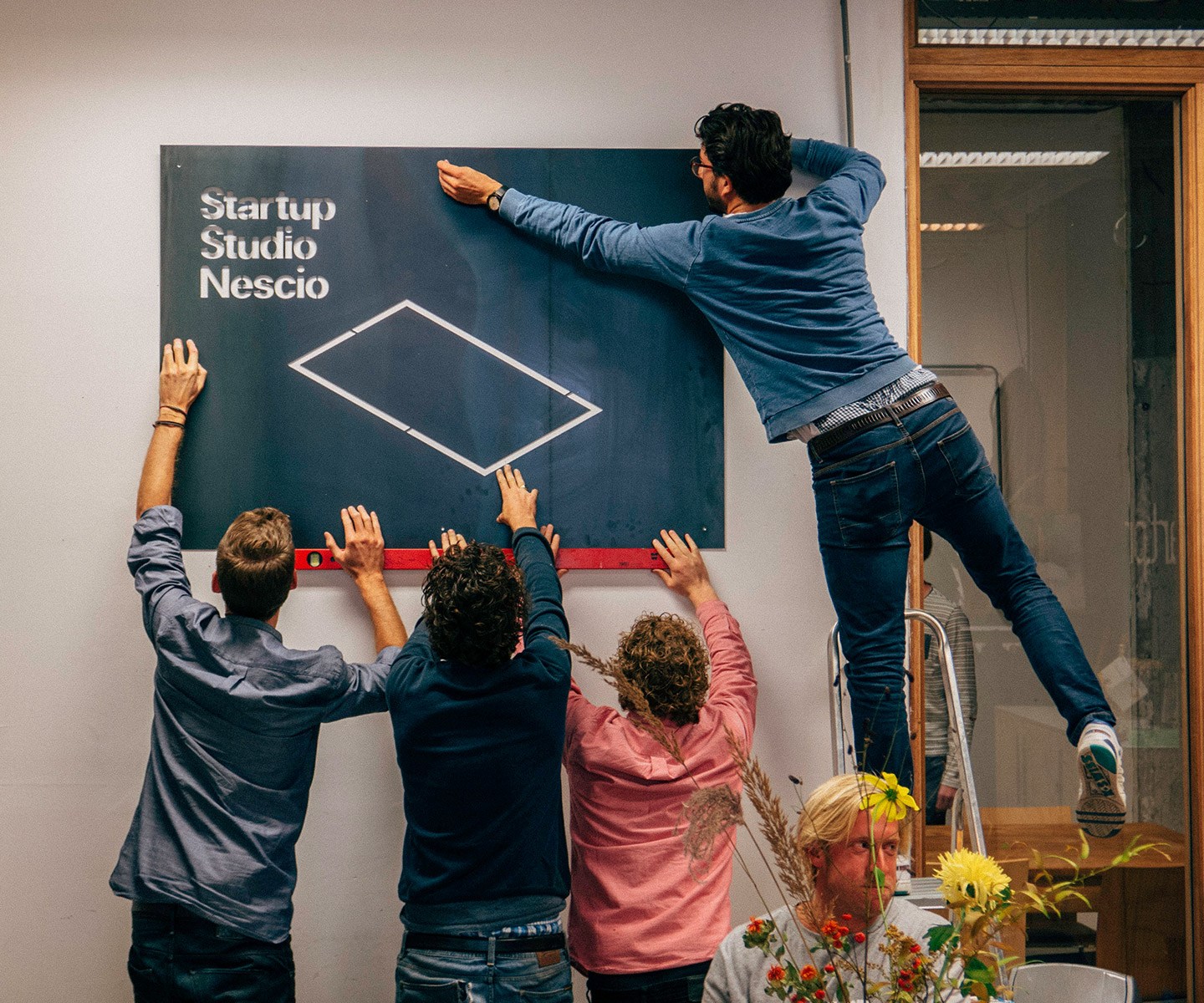 Why are you guys calling yourselves Nescafé? Or, what does your company have to do with Nascar racing? We get these questions a lot. Despite the fact that we like coffee and we would enjoy driving race cars immensely, our company is called Startup Studio Nescio. Nescio means I don’t know. We believe innovation starts by admitting you don’t have the answer. So, essentially we don’t know what we’re doing. And we’re proud of that.

Eight years ago, we started a company in online software for PR professionals. None of us had a background in public relations. We did however have a background in going to parties, drinking ourselves through university and finding the cheapest pizza in town, but that’s a different story…

We had a hunch we could help PR people by building an online PR tool and we started reaching out to PR experts. Once we got our foot in the door by using our college student puppy eyes, we instantly admitted that we didn’t know anything about public relations but we were exceptionally eager to learn about their professions.

It didn’t take us long to find out that PR people enjoy talking about their work. In those first months a great deal of inspiring people opened their doors for us and told us about their line of work. A few years later we were selling a professional PR platform called Smart.pr to big corporate clients like Red Bull, Unicef and KLM.

And last but not least, last year we started interviewing journalist on how we could help them in their jobs, which resulted in our latest ambitious endeavour called Journa.

All of these great startups sprung from our love for the unknown. To this day, we admit to clients, employees and business relations that we don’t have the answers. In schools we are taught that we should gain as much knowledge as we can, but our experience as entrepreneurs tells us otherwise. We believe there’s more value in knowing what you don’t know, than memorising facts or filling databases with data, and many philosophers agree with us.

In fact, philosophical interest in knowing what we don’t know dates back at least to Socrates. [1] Many philosophers and scientists who came after that great thinker have treated the subject of the things we don’t know. The subject has been coined meta-ignorance, negative knowledge or as politician Donald Rumsfeld famously articulated in his prize winning poem: the unknown unknowns. Our favourite article calls it ‘The shit you don’t know you don’t know’.

Throughout the years as entrepreneurs, we found out that the shit we don’t know is the present that never stops giving. So, calling our studio Nescio makes a lot of sense to us. Even more so, because a widely praised writer from Amsterdam from the beginning of last century, who also happened to be a successful entrepreneur, famously used the pseudonym Nescio. The same writer wrote a book called Little Titans, which is why we call people that work at our studio Titans.

There’s a lot more to this story. If you want the complete version, drop us a line at hello@nescio.co and we’ll talk about it over a coffee or a beer. Or just join one of our open events.